AUDITIONS HAVE PASSED FOR THE MONKEY KING 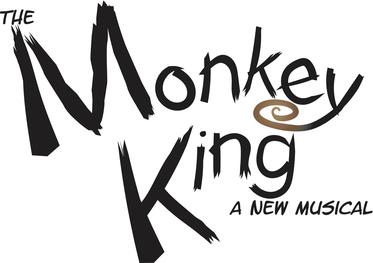 Common Man Musicals
Musical Theatre by and for the common men and women...

“The Monkey King” (written by Jonathan & Kimbirdlee Fadner) is a theatrical retelling of an ancient Chinese legend infused with a clever storyline and heart-pumping music.  The legend has entertained all ages for centuries with a cast of mythical creatures that can transform and transcend earthly realms and triumph amidst epic battles.  But can you imagine what happens when the King is born and he is… a woman!?  The Fadners light up this tale with a shocking modern twist that will inspire everyone to take action and be inspired toward positive change.

Ganjuwai the Elder – The wise tribe elder, still has spurts of youthful energy.

Monkey King – The toughest monkey ever born. Clever and fearless. Doesn't take things too seriously, until she has too.

Jogo – Bulllied her whole life.  A leader deep down, she just doesn't know it yet.

Demon of Havoc – A controlling and nasty tyrant and a subject of the Jade Emperor.

Gatekeeper – The guard of the School for Immortals. Takes pride in his job.

General Shrimp – Dragon King of the sea's lackey on a lady hunt.

General Tortoise - Dragon King of the sea's lackey also on a never ending hunt for the ladies.

Jade Emperor's Herald – Thinks highly of himself. Often annoyed and “over it”.

Grotus of the Heavenly Stables – Somewhat lecherous, the first guy most new arrivals work for in heaven.

Guan Yin – The Goddess of Mercy, has a rebellious streak in her and sees the truth in all.

Fairy Maidens – Goddesses who’s job is to entertain Jade Emperor and his subjects.  They know their place in heaven and never stop to ask why.

Monkey Tribe – The disparate inhabitants of Metal Mountain. Oppressed by the Demon of Havoc.  Waiting for a messiah, but have given up hope.